Today Stott’s incredible theological and practical insights are available to you in The Bible for Today with John Stott.

Giving you a fresh, clear, and true vision of the authentic Jesus, The Bible for Today balances high theology with practical Christian living in a way that compels every listener to soak in and live out the truth of God’s Word.

Listen in to new episodes of The Bible for Today every Sunday. 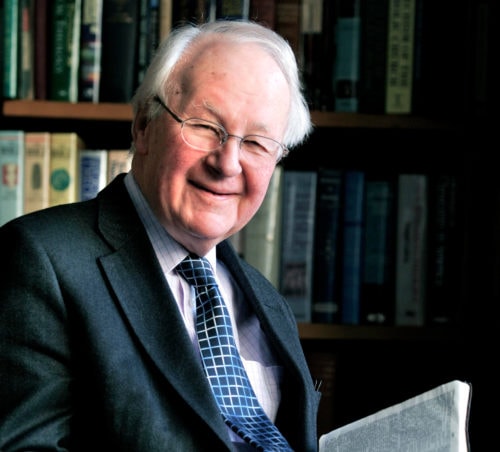 Being the son of a doctor and educated at Cambridge would set any man up for greatness. But not John Stott. Preferring to be known as “Uncle John,” he lived a simple life as a single man in a small apartment above a garage in London’s West End.

Stott was a prolific writer of over 50 highly influential books. His most famous, ‘Basic Christianity’, has sold over 2.5 million copies and has been translated into over 60 languages.

A TV reporter once asked Stott “You’ve had a brilliant academic career; a first at Cambridge, Rector at 29, Chaplin to the Queen, what is your ambition now?” Stott replied “To be more like Jesus”.

Stott passed away in 2011 after a lifetime of faithful service to Jesus. Today, his teachings live on through his Premier Insight program, The Bible for Today.